Insta360 have been known as a superb company when it comes to 360 cameras, ranging all from professional 360 cams like the Insta360 Pro that can shoot 8K 360˚videos, all the way to ones that can fit into your pocket like the Nano S!

As you know Amazon prime day is round the corner and if you aren’t familiar with prime day, it’s a one day event on Amazon that the craziest of craziest deals happen, some deals even reaching price lower than last year’s Black Friday and Boxing Day, which most of us know where the bulk of the sales happen.

Also, even though most prime day deals are limited to prime members only, Insta360 made this deal available to all members so even if you aren’t a prime member, you too can still enjoy this deal!

However, if you’re interested in becoming a prime member and getting yourself the best prime day deals, try it free for 30 days here!

Whether you are an outdoor enthusiast, an avid traveller or your family’s go to videographer, there’s no camera that can make your life easier than the Insta360 One.

Equipped with a ¼” thread at the bottom, the Insta360 One can easily be mounted onto anything, be it

Moreover, the Insta360 One keeps your 4K 360˚ footage incredibly smooth using Insta360’s newest FlowState Stabilization technology that really is the best on the market right now.

Still doubtful? Take a look for yourself.

But the best part of the Insta360 One would undoubtedly still be its software.

Many 360 cams are difficult to use and especially troublesome when exporting and converting videos to normal playback format.

However, the Insta360 is an exception.

The One allows you to directly connect it to your phone’s charging port and from there reviewing your once in a lifetime shots together with an intuitive editing app that you can put together cool cinematic edits that display the best angles of your shots.

Because the camera films in all direction, it presents all new way of filming: Shoot First, Point Later.

To find out more about the Insta360 One, check out my full review of this awesome 360 camera here!

Newest of Insta360’s creations is the Nano S.

The Nano S is a compact but powerful camera that transforms your iPhone into the best tool for capturing, editing and sharing 360˚ media.

Despite its tiny form factor, the Nano S is still able to take shots independently without your iPhone and that’s what makes it the best camera for anyone, be it travellers, students or  looking for a compact yet affordable 360 camera.

Another option to use it would be to clip the Insta360 Nano S directly in your iPhone’s Lightning port, to use your phone display as a 360° camera viewfinder. From there, you can use it to shoot photos and videos, go live in 360° degrees on your favorite social platform, or even start a one-to-one video chat with your family or a close friend, letting them be immersed in your surroundings in real time.

If you’re thinking of getting a 360 or holiday camera, now’s really the best time to get yourself one because Insta360 rarely hold promotions and once you get it, you’ll definitely wonder how you have survived without one all these years! 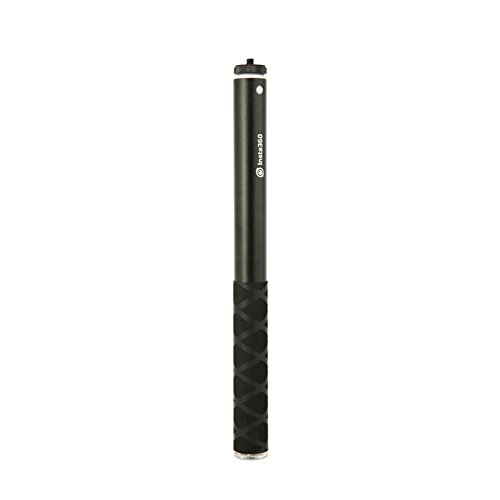 Also, in an addition if you sign up to Insta360’s list (news and deals on 360 cams), you’ll get a coupon code which you can use in the checkout page on prime day to get one of Insta360’s invisible selfie stick for free!